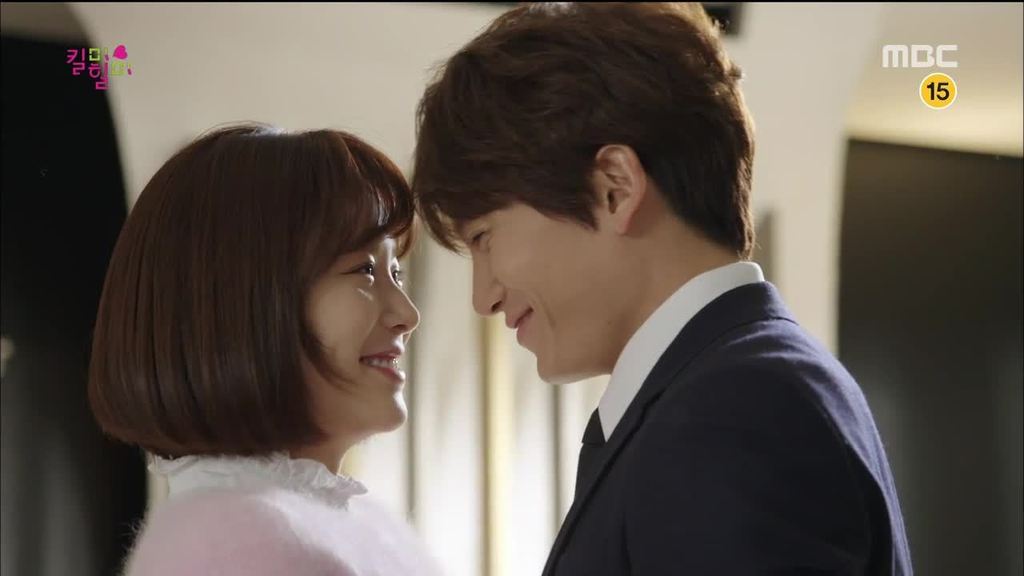 It is really time to say “annyeong” to the characters we have come to love in Kill, as Do-hyun (or Joon-young) successfully merges all his 5 personalities into himself with the help of Mr X. To round up my final review of Kill, here’s 7 reasons why I really liked this show, even though I found the beginning quite angsty to watch.

I find myself holding my breath whenever he turns on THAT gaze. You can imagine how out of oxygen I end up in after watching every ep of Kill. The general opinion is that Ji-sung has outdone himself again by playing 5 (or 6) different characters — sometimes in the breath of a few seconds. And I’m not joking when I say you can actually identify the character switch — even though Ji-sung (or Do-hyun) is still wearing the costume of the previous switched-out character.

I hope he gets a really big award for this role.

Best siblings. Ever. I only wish I have an older brother like that. Ok, minus the not-so-brotherly romantic possibilities. I haven’t said much about Ri-on in my previous posts, but he is one hell of an onion character. (it’s a compliment, i’m not saying he stinks!) Like an onion, Ri-on as a character has so many layers. He is goofy around his sister and his parents, but we know he can be reaaallly serious when it comes to his writings and trying to uncover Ri-jin’s past. But underneath that brooding intensity is also a deep and abundant well of love for those he care for. So deep that he has never pushed for the chance to not become Ri-jin’s brother and choose instead to silently stand behind protecting her and finally to become her “best oppa” ever. His explanation of first love to Ri-jin — about how eventually the heart gets torn to pieces until it stops hurting — it’s so him. (and it’s so sad!)

Ri-jin remains one of my favourite female lead in kdramaland. She hardly comes across as pitiful. Even when the Big Secret is revealed, she only mopes for like 15mins or so onscreen, before she is back to her usual bright and happy self. And unlike other kdrama female leads, she doesn’t really get a demure/ lady-like makeover or possess nice dress sense. I like the way she haphazardly slings her bag across her shoulders…and have it end somewhere juz above her waist. And…that bow hair clip. So odd, but so her.

Like I said before, Kill starts off with the heavy bits before becoming hilariously light hearted. It sort of buffers the revealing of the Big Secret at the end. I imagine the structure of Kill rather like 2 heavy, wooden bookends (the DID, the abusive childhood, the chaebol’s twisted family) holding up the amazing stuff in between.

Credits go to Ji-sung again, but everytime Yo-na goes on screen, I can’t help but laugh my head off. Esp in her farewell — she gets to be locked up in a room with her oppa. Omo. Poor Park Seo-joon, I hope he isn’t too traumatised from being “sexually assaulted” by Ji-sung. 😛

Although we have the running issue/ problem of Seung-jin’s succession, the penultimate and finale don’t really give much attention to it. Somehow, our Ki-joon and his dad’s evil plans are all swiftly dealt with, once the Big Secret is out there and Do-hyun gains control over his grandma. Alex (the so-called dirty secrets revealer), appears for a mere 1ep+, is dispensed with swiftly. Do-hyun’s secret wrt his DID is countered with Ki-joon dad’s embezzlement and corruption charges.

Not that I am complaining. I have never liked on-screen politickings.

Kill really has pulled out all the big guns to play its characters. First we have Ji-sung as the conflicted lead with his DID issue, and Ahn Nae-sang, as the father who I sympathise with and yet hate. I abhore Joon-pyo’s choice of taking out his frustrations and unhappiness at having to return to a family he hates, on a young girl…but at the same time, I really feel sorry for him. He isn’t a monster by nature. But he has unfortunately, chose to become one.

And Ahn Nae-sang nails it by looking warm, generous and loving when joking around with Joon-young in the fishing town. Then cold, mad and brutal when he hauls Joon-young out of the basement room, so that he can punish Do-hyun (Ri-jin) without interruption.

Only my favourite ahjusshi actor can make me love and fear a character like that.

After the end of the credits for Kill, Do-hyun and Ri-jin choose to greet the audience in their characters, breaking down the audience-actor barrier. Not the first time for Kill, most prominent instance being the ep around soellal, where the Oh family and Do-hyun wish the audience a Happy New Year before continuing with the story.

In some shows, this technique can be jarring. But maybe cos there’s so much antics going onscreen with Do-hyun’s personalities, it doesn’t stand out like a sore thumb in Kill.

3 thoughts on “Kill Me, Heal Me: Farewells”