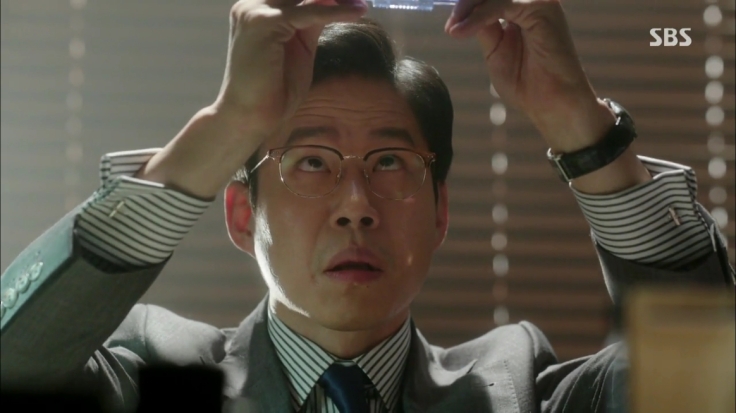 Show just keeps getting more and more awesome each week – since when do we have a dramaland Dad who’s super obsessed with his hair, AND has extreme fear of pain? Daddy Han is hilariously concerned with his increasing hair loss, especially after the scuffle during breakfast with Bommie’s parents. He is seriously considering hair implanting, yet as he was reading up on the internet about it, he has second thoughts because the article mentioned “some pain will be felt during the the implanting”. Yoo Joon Sang totally nails it as the vain yet unscrupulous big-shot lawyer here.

In Sang and Bommie begin to find their standings in the Han household (with the help of the employees, of course), first with Bommie accidentally running into Mama Han and Secretary sneakily changing the talismans in In Sang and Bommie’s room. Bommie expresses her view on the superstition, leaving Mama Han embarassed and speechless. Then, Tutor confesses to Daddy and Mama Han that he thinks Bommie has what it takes to go for the civil exam, and she is definitely worth “investing” in, changing their views about their new daughter-in-law. 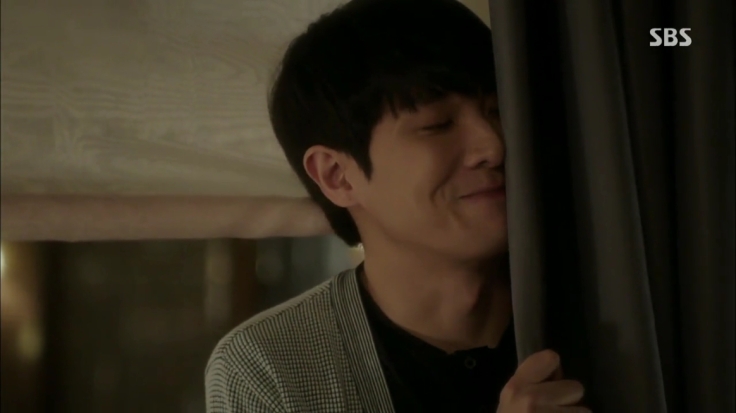 It is absolutely a delight watching In Sang beaming with pride of his wife, when she breezes through Daddy Han’s questions about economy and politics. Mama Han is a tad irritated at her son though, especially when Bommie supposedly did not have any extra tuition while they spent a bomb on In Sang’s tuition. Even so, Mama Han takes to heart that Bommie did praise her to be elegant and beautiful in front of her friends (Week 3’s episodes), when Secretary reminds her that Bommie doesn’t lie. I like that Bommie is slowly being accepted by Daddy and Mama Han, for being who she is.

Show also spends a great deal on the backstory of Daddy and Mama Han, as well as their rich and elite circle friends. So apparently Daddy Han used to woo one of Mama Han’s friends (the one with a daughter of In Sang’s age), and Mama Han was hugely upset about it. But because Grandma Han took a liking to Mama Han, they got married instead. It’s funny looking at Daddy Han trying to win back the favors of Mama Han, but he gets rejected by her and was even had to sleep on the armchair because he was chased out of the bedroom. What is even more hilarious is In Sang was also made to sleep on the couch after quarreling with Bommie, the same night Daddy Han slept on his armchair. Mama Han made a great fuss of her son sleeping on the couch (no thanks to the Secretary revealing the truth to Mam Han, and she budges into the young couple’s room, screaming for Bommie to be chased out of the house).

I really like the OST, with its quirky sounding tracks that instantly reminds the viewers that Show is a comedy. The politics that Daddy Han is supposedly playing is just in the background of the entire story, while the spotlight remains on Bommie and the changes she will face, as well as the changes she will bring to the Han household. It is not exactly a fish-out-of-water situation for Bommie, as she picks up quickly what is expected of her, yet she also dares to express her disagreement at her new environment. Show also firmly remains as a story that depicts the contrasting nature of the rich and the common folks, and how most people like to speculate about others and generating hearsay. Should this quirky writing continue, Show will definitely be one of my favorite drama of all times.

One thought on “Heard it Through the Grapevine – Week 4”