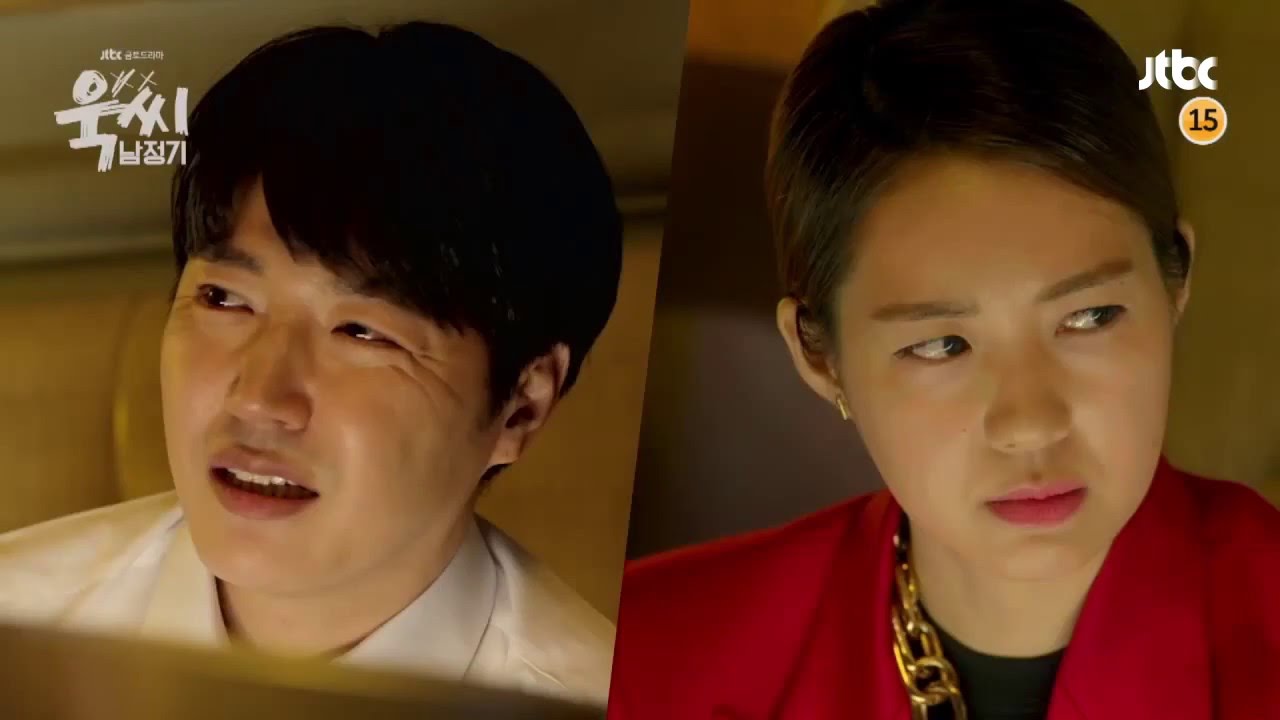 sab: Temper is a story about underdogs — Da-jung, Jung-gi, Lovely Cosmetics, they are all representatives of David. Whereas, the big, bad Goliath is Golden Company, headed by Chairman Kim, who is not above using all sorts of dirty, underhanded means to make Lovely go bankrupt.

But what is different about Temper from other underdog narratives is one of their Davids is a shining Knight (armed with a wicked temper that works like a spiked club). Knight Da-jung isn’t easily cowed. Although she is frustrated with Chairman Kim’s little tricks, she hardly lets them scare or surprise her. After having worked under him for so long, she kinda expects him to pull such stunts. What she is annoyed with however, is Lovely’s beaten attitude towards their work and their products. 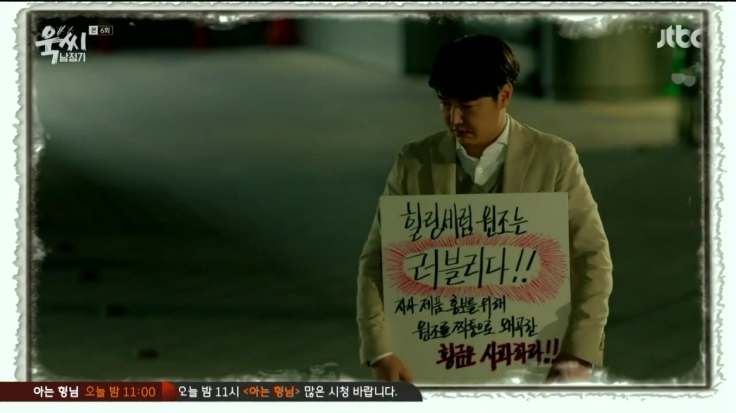 And no one exemplifies this submissive behavior better than Jung-gi. Like how Lovely does its business with “bigger players”, Jung-gi swallows his pride and lets himself be trodden all over, knowing very well that such behaviors will only feed the bullying. He (and his boss) pays for entertainment and agrees to unfair terms and conditions in the contract — when Lovely is the one giving up their new product to Golden at a loss. And his explanation? “Business is always done this way. The smaller fish has to be subservient to the bigger player.”

So while Da-jung’s methods are deem “pushy” by Lovely’s staff, end of the day, she is a breath of fresh air to the rather rotten and beaten atmosphere at Lovely. With the mini successful launch of their first product, Lovely’s staff begins to regain a small sense of pride — not only in their work, but also their self-worth. 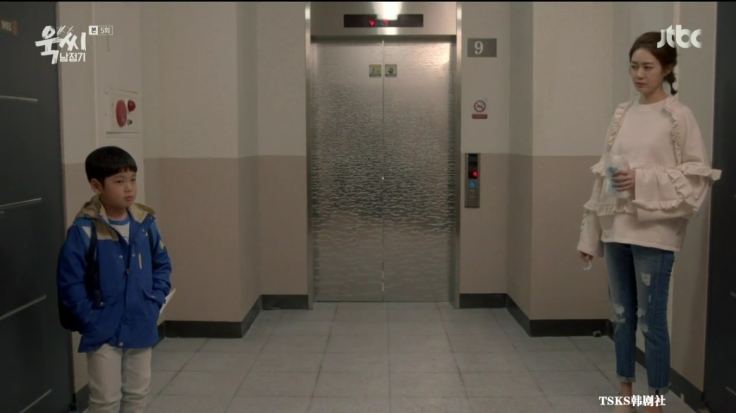 kooriyuki: I’ve been enjoying Show loads so far, it being as realistic as can be, and addresses alot of issues that (Korean) working class faces. It’s not gloomy like Misaeng, instead it’s comedic at times and the inclusion of familial relations makes Show an interesting watch. I totally love the interactions between Jung-gi’s son and Da-jung. She’s definitely not cold-blooded!

Da-jung may be the devil’s advocate at first glance, but the team at Lovely Cosmetics gradually saw her intention and has the agree with her and accepts her as their director eventually. She not only understands very clearly the underhanded methods their competitor plays, she also understands the mindset of the so-called B party, aka Lovely Cosmetics because they’re the recieving end of every deal they make with the bigger company Golden. Da-jung successfully made the team understand their worth, as well as independently market their first ever product, which was a huge ego boost to Lovely Cosmetics.

This of course doesn’t spell well to Da-jung’s previous supervisor, who holds a certain power over Lovely Cosmetics CEO. He tries various means to nullify Da-jung’s efforts, including spreading rumors about her, which Da-jung mostly brushes away and continues to bulldoze her way through nasty ex-supervisor’s underhand methods. 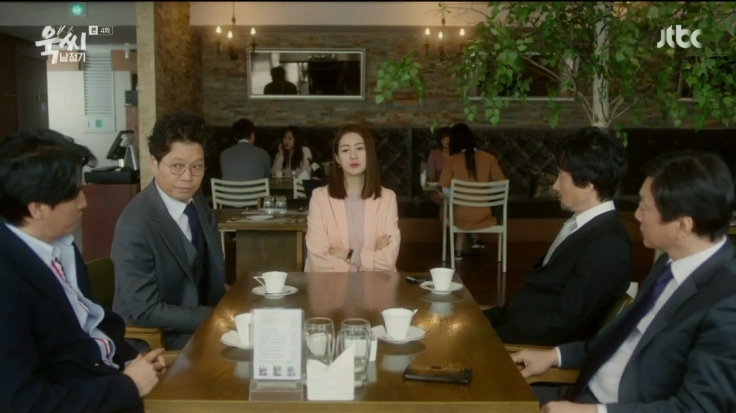 Show is not just about gender equality, which is a recurring theme, it is also about respect between employees and employers. It also displays how most people love to gossip and never bother knowing the truth but rather listen to hearsay, which is exactly what Jung-gi did time and again when it comes to handling Da-jung. I think her cold-blooded exterior is just a defense mechanism because she’s no stranger to rumors and scandals, all of which existed because in Korean’s partriarchal society, men cannot deal with strong-willed and capable female employees like Da-jung.

Definitely a recommended drama. Don’t be afraid of Ms Temper!