I dunno whether to term this post as “Final Review”, after all, we are getting another 3 (??!) special eps before the Sun finally sets. I have zero idea what the extra 3eps will talk about — BTS? more bits and pieces of short narratives? Anyway, its purpose is fan service (plus for the various sponsors to milk as much PPL as possible), so I suppose anything will do.

I will be writing this review based on the closure of the “main narrative” then, if there’s anything that can be called a “main narrative” in Sun. One of my main gripes for Sun is still its overly grandiose and kinda misleading title. My dad (who hasn’t watch it, but has read the news articles on the rave Sun has received) recently asked me if Sun is about war. I nearly spat my dinner out. See, my dad is into those war films or any shows that is “macho”. So given the title plus Song Joong-ki being pictured (nearly always) in army garb, he naturally assumes Sun is a testosterone-filled, gritty, heart-pounding war film. The romance? He assumes it’s a side dish. Thankfully, I managed to convince him otherwise — if not, my ears will soon rot with his complaints.

Back to the “narrative(s)”: so besides misleading viewers (or potential ones) with its title, Sun, imo, doesn’t really have a strong narrative. The entire show seems to me to be one haphazard string of events strung together, with the main purpose of saying “see? this is how Girl and Boy got together”. While it is true other Kdrama also have similar storyline (basically all the romantic Kdramas we have ever watched), the events that happen mean something and will have a direct impact on the OTP(s) (think nasty mother-in-laws, terminal illnesses, blahblah). While in Sun, whatever happen on screen acts like a form of background music. I’ve complained about the lack of anxiety in Sun, and this disconnect from the narrative is the reason why I feel a kind of “lacking” in Sun. 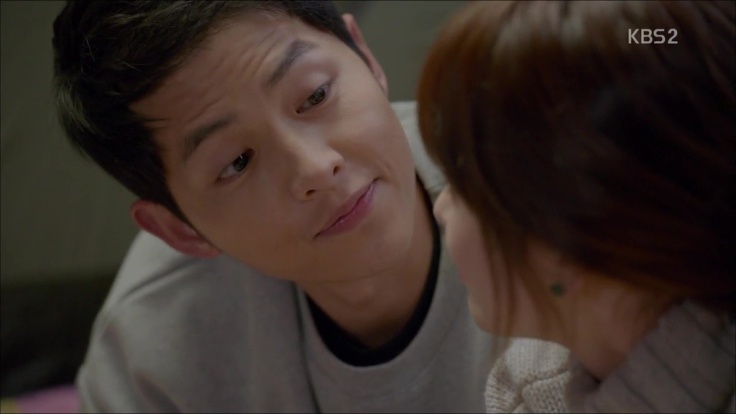 To make up for that, Sun thankfully gets itself reliable actors/ actresses who are not only solid eye candy material, but likeable (as in the portrayal of their characters). If you don’t look at Sun as a drama, but more like a family sitcom, where each ep has a “minor incident” that is resolved by the end, then I’d say that Sun has fared well. In a sitcom, you may not need to identify with the characters, but you need to like them. They need to be engaging, funny, but not necessarily grounded in the daily stress and turmoil of Reality. And I’d say all the characters in Sun do not elicit vicious hatred from viewers. You may look askance at Bad Boy Argus, but really, his only role is to push that tiny storyline to its end, and also bring a closure to the Urk story. We don’t really know him to hate him enough. Same for those annoying but harmless characters like Hospital Bitch Dr Kim and Sleazeball Director Han.

So whether to watch or not? My answer would be: depends on what you like. If you don’t mind switching off at the end of the day to go “ooh and aah” over Shi-jin/ Mo-yeon + Dae-young/ Myeong-joo’s sweeter than sweet romances, then yes. You will be very satisfied with the sugar high. If you like watching dramas that have themes beyond mere lovey-dovey romance, then don’t. 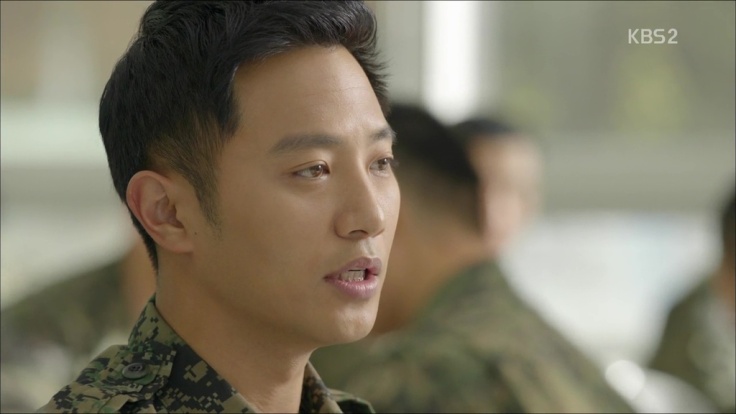 And a weird thought juz passed thru my mind as I finish writing this: given our male leads’ invincibility in Sun (they have survived knife wounds, being tortured by enemies, gun shots, explosions, earthquakes), it may juz be possible that the grand sounding title refers to them… after all, a Super Hero will have no qualms matching up to the title of being a “Descendant of the Sun”.

2 thoughts on “Final Review: Descendants of the Sun”