Spot Wally or Eui-sung, in this case. Eui-who? Heh, he’s the ahjusshi who plays fuddy-daddy webtoon author Sung-moo AND creepy scary (un)Masked Murderer. kooriyuki and I were so impressed with his duality that we asked each other — at same time — on who the hell is this actor? And…have we ever seen him before?

We literally racked our brains and mentally went through all the shows (plenty) and the actors (even more) that pepper Kdramaland…and still we can’t iden him. Pretty frustrating. So we asked Google-san — and horrors of horrors.

Eui-sung sshi is in the dramas we HAVE watched before. In addition, he is in several movies (he has more film than drama experience under his belt, btw) which we also have watched, and supposedly have deep impressions of.

So either Eui-sung sshi is those 2-seconds actors — he appears in the first second, and dies the second second — or he is a true blue chameleon. 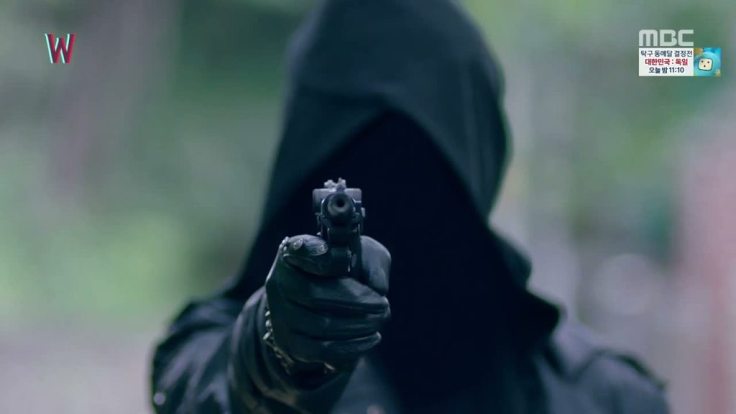 Turns out he is the latter.If not, he probably works for secret service. (maybe he should consider applying for a position there) Don’t believe me, see for yourself.

(left) Eui-sung sshi in the newest film, Train to Busan, which I haven’t catch (no thanks to my busy schedule now), but he plays an annoying businessman twerp, Yong-suk.

(right) Eui-sung sshi in Six Flying Dragons as Jung Mong-ju. According to kooriyuki (who watched that sageuk), his part ain’t small.

(left) Eui-sung sshi in Face Reader, which we initially thought is a small role (cos I can’t find related images on Google). But no. He played the advisor, Han Myung-hoi, to the scary Crown Prince.

And in Assassination (right) as the butler to the traitorous Kang In-gook (played by Lee Kyoung-young).

In addition, he also appears in Architecture 101 and Running Man (the movie, not the variety). I suppose in these 2 films, his role is pretty small, and thus unmemorable. But still, I won’t be able to say for sure the above pics are the same person at first glance…