One thing about living through 900++ years is eventually you begin to see the same people over and over again, albeit in different forms and taking on different identities. The most obvious being Deok-hwa. His tiny and now adult forms are the exact replica of Shin’s first Butler-to-the-Goblin, even though their mannerisms and attitudes are complete opposites. 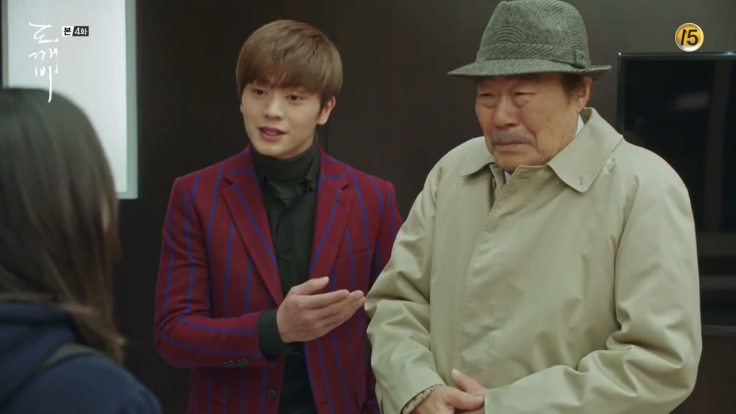 While Deok-hwa is a no-brainer, some other characters are open to (much) speculation. Namely, Shin’s sister (the Queen) and the King who ordered his death. I base my guess on eps3/4; Sunny seems to be Shin’s sis (aka the young Queen), and Grim Reaper Yeo, the Young King (aka Shin’s long sought after enemy).

First clue: when Shin is resurrected and rushes to the Palace to exact his revenge, time has passed. Enough time for Evil Eunuch to become a grandpa. We don’t know how Young King looks like in his death, cos he is conveniently wrapped in a body shroud. 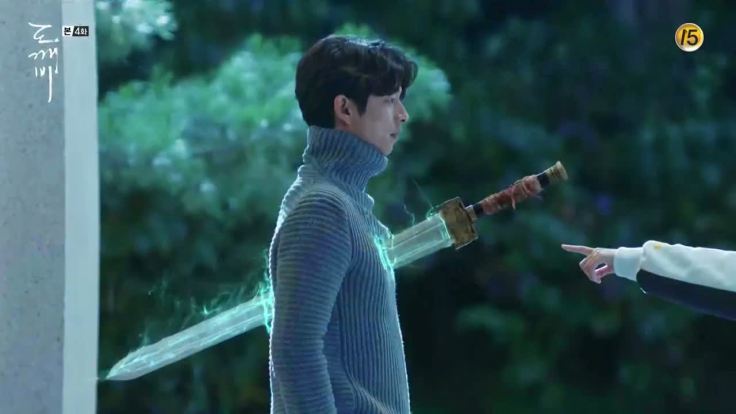 Second clue: the pictures of the Young Queen in the King’s study. He did love her, and imo, regretted ordering her death. So Yeo’s sudden infatuation with Sunny could be the emotional baggage that somehow did not disappear even after drinking the memory-loss tea. 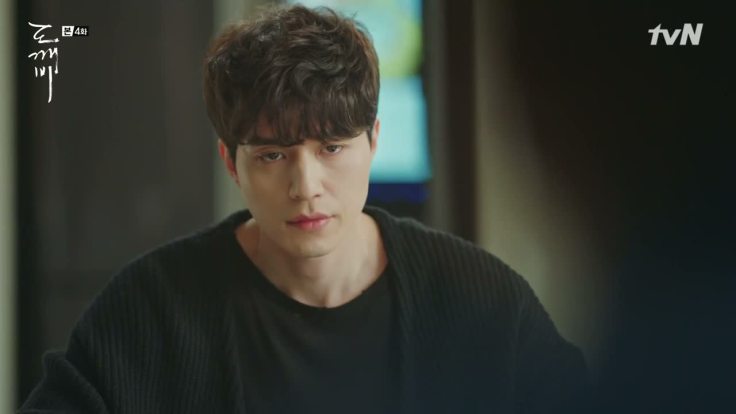 Third clue: The jade ring which drew Yeo and Sunny together, and Yeo’s response to it. For no apparent reason, he cries when he sees it, and is both thunderstruck (maybe literally) at Sunny when she picks it up. (and we know from the blurbs they are the second OTP) Granny Samshin’s dire prophesizing also hints at the upcoming pain and grief the second OTP will face once they know their past lives and connections with Shin. 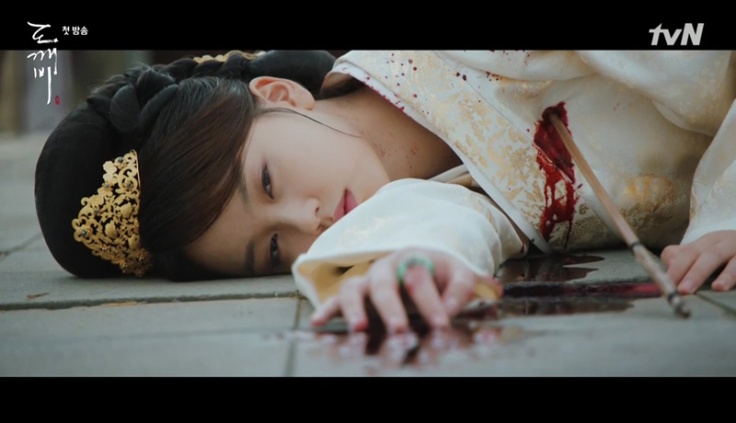 Other clues: Sunny’s reference to preferring a “King” rather than a “Prince (Charming)” on a White Horse as a boyfriend, and Shin’s confessed inability to recognize the Young King’s reincarnation, but at the same time, the juicy tidbit he drops about Reapers having done “something really bad” in their previous life. And of cos, Yeo’s amnesia, which is made out to be an enough “big issue” to be in the blurbs and having the characters’ pay constant lip service to it. 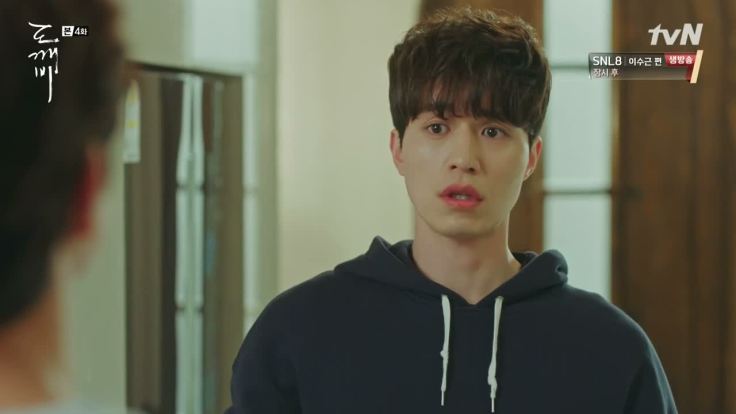 Well, if Yeo really turns out to be Shin’s arch enemy and the one he “missed” exacting revenge on, it will give Goblin a rather emo narrative twist. Cos we all can see for certain that Shin and Yeo have a budding bromance going on. If it turns out that Yeo is indeed the person Shin most wanted to seek out to kill after (close to) a thousand year, we can only hope that Yeo had been remorseful for his actions in his past life and Shin has mellowed enough for them to get over the hurdle and remain friends.

[and something irrelevant to this post: there’s an easy way out for Eun-tak and Shin to stay together. She juz needs to grow old with Shin…and only pull out that sword when she is a granny…Ta-dah! OTP saved — without the need for a worm hole]