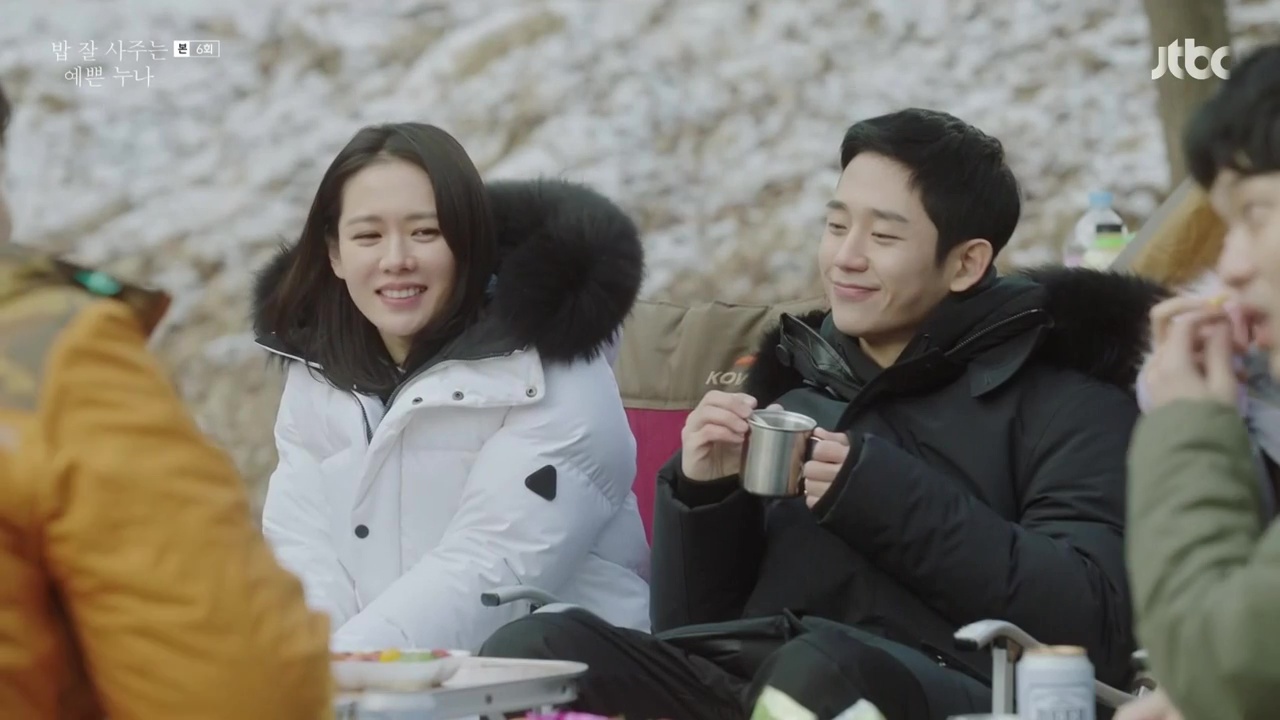 Please don’t ask me why the English given title is completely different from the literal Hangeul translation, but then, it reads something romantic…and slow…exactly like the narrative of Noona.

We see Jin-ah in her workplace, gently admonishing the frontline staff to remember the company’s strict dress code, etc in a cafe chain. Her boyfriend calls to ask her out for dinner, an event which her bff, Kyung-sun, warns Jin-ah to go into “carefully”.

Turns out boyfriend (Gyu-min) wants a breakup, and the lame reason is — Jin-ah is too predictable and boring. She is hurt, and more so when she learns later his excuse actually hides his double timing. (she gets her petty revenge though by leaving stockings and a lipstick in her ex’s car) 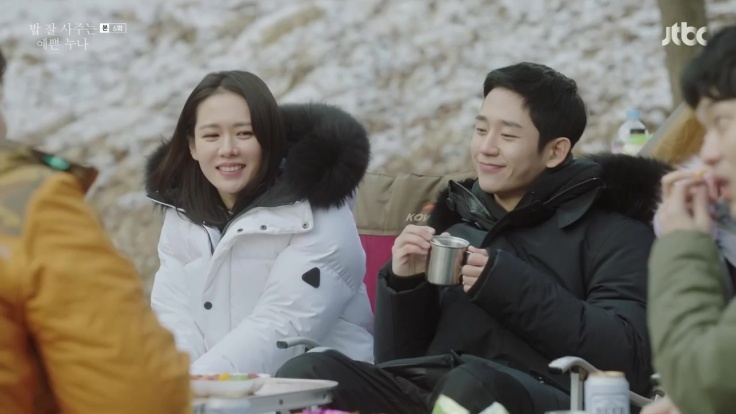 On another front, Joon-hee returns from 3 years posting in the States to a warm welcome in his IT(?) company. He bumps into Jin-ah by accident and the two catches up…and we learn a bit of their past and how much Joon-hee has been paying attention to “his noona” ever since schooling days.

Cos Jin-ah promised to bring him out to lunch — jus not sure when, given her schedule — he bugs her everyday with “are you giving me my treat today?”. (aww)

Noona is very slice-of-life in its narrative. To boil it down, it is a story of a young boy who harbours a deep seated (but unacknowledged) admiration for an older girl, and later comes to realise it. The opposite though, is usually the trickier issue.

I suppose in Asian culture, the idea of a younger man with an older woman is still somehow — unorthodox. Hence all the buzz about noona-romances in Kdramaland. (although with the noona in question being Son Ye-jin, I suppose it doesn’t hold water…haha) Thus, most noona-romances usually center on the conflict of societal pressure on the couple, with the lady in question being the one afraid to take up the risk and challenge of dating a younger guy.

More so when the noona is in the “why-aren’t-you-married-yet” age of 30s. With all the pressure to go on blind dates, etc with a “suitable” husband. I predict the same ironic situation will happen when Jin-ah’s family, who’s been nagging her after her breakup, to find a hubby, finds out that she is dating Joon-hee, who is not a “suitable husband candidate” — cos of his age. (and awkward proximity to their lives as “Jin-ah’s bff kid brother”)

While I don’t harbour expectations for any narrative surprises, I am looking forward to the chemistry between the OTP — and given that Jung Hae-in has declared he “felt fluttery” acting opposite Son Ye-jin; whether we will get another Song Hye-gyo and Song Joong-ki type of fireworks.

One thought on “First Impression: Pretty Noona Who Buys Me Food/Something in the Rain”