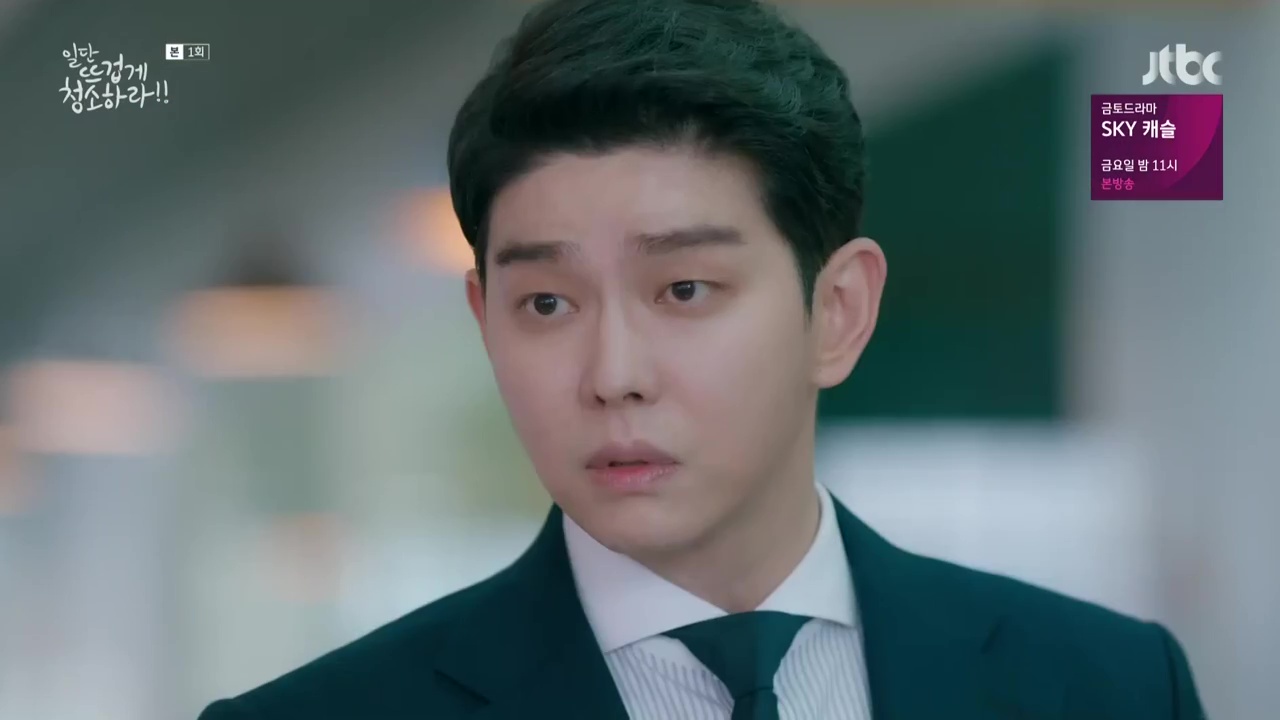 Story in a Nutshell

Just like any other typical Korean romcoms, our male and female leads are polar opposites of each other but through various hijinks and interactions, they fall for each other. Jang Seon-gyeol (Yoon Kyun Sang) is the CEO of a cleaning company, whose staff are mostly flower boys. Seon-gyeol also is ridiculously obsessed with hygiene, to the point where bearcatchong commented he’s the most environmentally unfriendly KDRama character ever. He washes his hands in three different sinks the first thing in the morning, cleaning with a clean towel after each wash.

On the contrary, Gil Oh-seol (Kim Yoo-jung) is messy and doesn’t care much about hygiene, often wearing the same piece of clothing for days usually. That’s not saying she totally doesn’t care about her appearance because she does dress up for occasions. Oh-seol is just more concerned about finding a stable job since she’s recently graduated.

As all romcom goes, fate is a curious thing that creates all kinds of run-ins for our leads, which in real life such coincidences probably will never happen. That said, Seon-gyeol finds himself unknowingly caring about Oh-seol more than he should. And that, is pure gold for all romcom.

To Watch or Not

Other than the quirky but otherwise loveable leads, we have an ensemble of A-list supporting characters. This is also Kim Won Hae‘s Nth appearance in a drama this year, and he’s playing the role of Oh-seol’s father. The dynamics between Oh-seol and Dad is something that I really like, and a good father-daughter relationship is always a strong selling point of any dramas. And then we have the enigmatic new resident of Oh-seol’s rooftop room, Choi Gun (Song Jae Rim), and Song Jae Rim looks like he just stepped out from his previous drama Our Gab-soon, dressed mostly in track pants and looking like he just woke up. But I love Mary‘s Rimmie much too so I’m not complaining. I am however, curious about how he’ll play into Oh-seol’s life and I lament the lack of his scenes so far.

Underneath the quirkiness, Show is more than what meets the eye, and we’re told through flashbacks what made Seon-gyeol such a cleanliness freak. Also, despite Seon-gyeol’s prickly exterior, various scenes showed that he’s actually a warm person. Like in that hilarious sequence of Oh-seol wearing a horse mask to avoid being seen by her crush, but ended up being chased by a horde of people on the streets, she accidentally knocked her litter push-cart into Seon-gyeol’s car. His usual reaction would be to shriek about the dirtiness and whatnot but he didn’t; instead his first response was to ask if Oh-seol was alright.

Overall I’m feeling quite positive about Show and will definitely be catching it!

7 thoughts on “Clean with Passion for Now – First Impression”