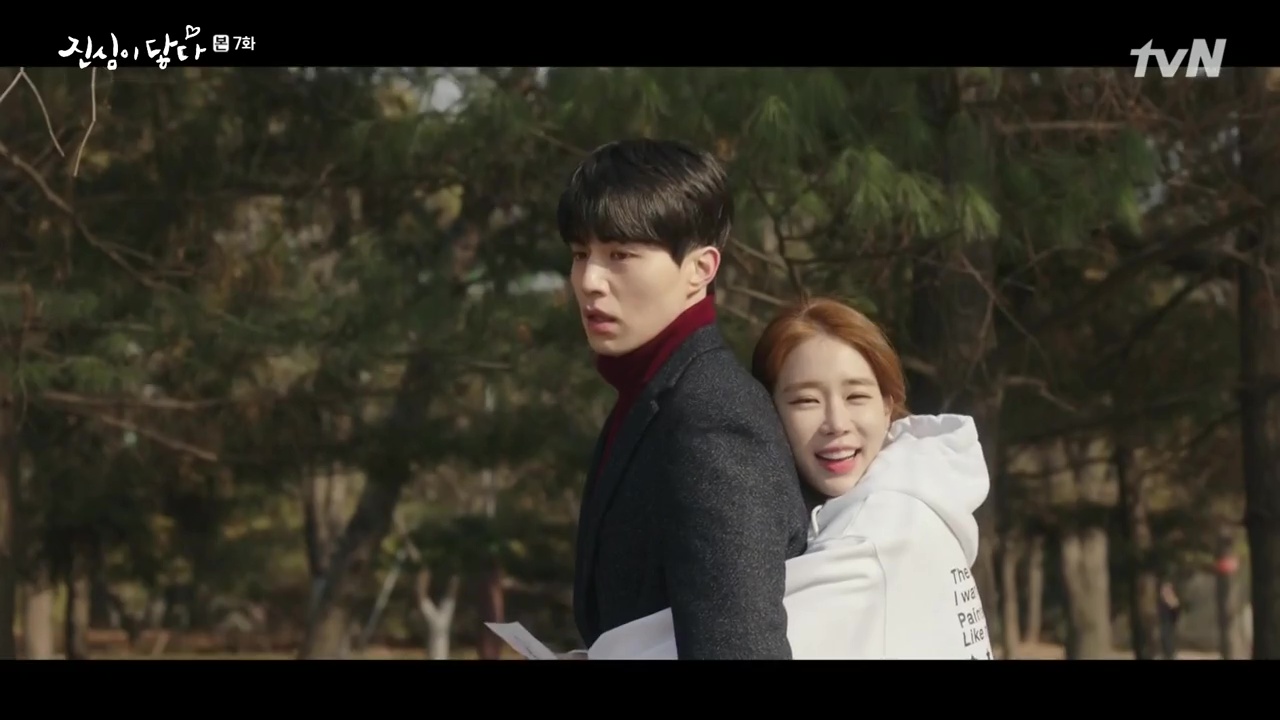 Ahhh…my Goblin couple. I look forward to every Thurs (Touch has better not pause its airtime for whatever other programmes) recently. Cos Touch is really Kdrama rom-com gold. We have the usual archetypes, the aloof male lead and the bubbly female lead…but…why are both of them so adorable together???

The chemistry between Lee Dong-wook and Yoo In-na is really off the charts for Touch. So you can’t blame me for squealing in glee everytime they appear on screen. More so when they both play such endearing characters. While Yoon-seo had come across as a little brainless in the debut — I admit I had stereotyped her as the “narcissistic and completely unaware of her flaws” type of popular (but talentless) actress — she surprisingly shows quite a lot of perseverance and sensitivity in her new “role” as secretary. To the extent she actually reads up on her “part” — makes me wonder why her earlier acting was so bad…maybe cos she was always cast in romcoms or melos, but doesn’t have the necessary “experience”? Then again, our first-time-in-love Yoon-seo was kinda quick to catch on to the realisation that she likes Lawyer Kwon — even though she tried her best to hide it from him, and everyone else (including herself).

And it is quite funny that Yoon-seo managed to convinced the entire office that she and Jung-rok are “never meant to be”. Cos it really seems that everyone is sympathetic to bubbly and cheerful Yoon-seo for having to “suffer” under the persnickety Jung-rok. (lol) I’d discount the guys’ firm rejection of Jung-rok/ Yoon-seo as an “item”, cos (ahem) they have clear agendas. But the ladies in Always Law Firm are also of the same mind that Yoon-seo and Jung-rok are like oil and water. (again, makes me wonder why Yoon-seo’s earlier acting was so terrible)

Poor misunderstood Jung-rok. While the rest thinks he is “aloof”, we know he isn’t. He is just a tad…slow. Plus, he assumes people understand his half-spoken (or unspoken) words. It is funny that after the second pocket-in-coat incident, Jung-rok totally appears to have forgotten about his romantic little outburst the next day, but Yoon-seo is left hanging. While I agree that Jung-rok should have followed up on his declaration, Yoon-seo’s over-the-top reaction to his sudden “deceleration” is hilarious.

But, as kooriyuki says, that guy is trying. And while he may be slow, he is definitely persistent and steadfast. Which are qualities of a White Knight — someone whom our naive and innocent (another two strange traits coming from an actress who supposedly has been in showbiz since young) Yoon-seo needs. Cos her nemesis — the Stalker-Yet-Unnamed-Chaebol is back for Round 2 of Dragging Yoon-seo Through The Mud Game.

One thought on “Touch Your Heart: Lots of squees”